Strong growth in mobile internet and social media that will help to put Internet investment from 12.7% in 2009 to 17.1% in 2012, and thus narrows the gap between the internet and the press to just 2 percentage points. 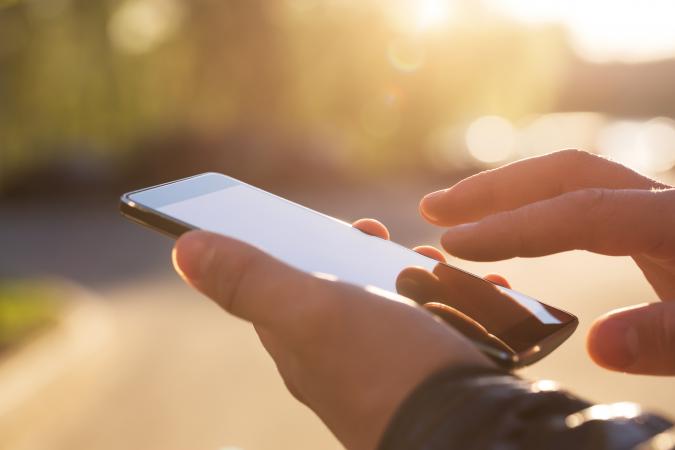 ZenithOptimedia has improved its global advertising growth forecasts in 2010 to 3.5%, from a 2.2% forecast in early April. It is the third continuous improvement after 6 consecutive negative forecasts. Most of these improvements relate to the US and Western Europe where advertising investment has been stronger than expected during the first semester, but these areas are still growing at slower rates than those in developing countries. In general terms, we expect a growth rate of 1.3% in developed countries – which include the US, Western Europe and Japan – for 2010, compared to 8.6% growth in the rest of the advertising market. This gap will be reduced slightly in 2011 despite the fact that growth in developed countries will still be low: our forecasts are for a growth of 2.4% in 2011 and 2.9% in 2012, while the least developed markets will do so at a rate of 9.1% and 9.8% respectively. We hope that it is precisely the latter who will lead the development of global advertising investments over the next few years and contribute US $ 39 billion to the additional US $ 60 billion we think will be incorporated into the global advertising market between 2009 and 2012.

Historically a strong crisis has followed, 3 years later, a rebound. In 1994, 3 years after the recession of 1991, advertising investment grew by 6.8%, and in 2004 (again 3 years after a serious crisis in 2001) it grew by 7.4%. These rates were well above the average annual advertising market rate that has been at 6.1% per year for the past 25 years. We therefore expect very healthy growth in 2012, 3 years after the 2009 crisis although at a slightly lower rate of 5.3%, which highlights the depth of the last recession that will prolong the recovery of confidence over time. part of the advertisers in the recovery of the path of growth, especially in developed countries.

North America is the area that has most improved the forecasts. In our last Forecast we estimate a reduction of investments of 1.5% in this current year, however, as of today, we estimate a growth of 1.3% motivated because consumer confidence and spending is recovering rapidly in the US to Despite persistent unemployment rates. Network TV has had a very strong 1st quarter benefiting from the football season, with the unprecedented success of the Super Bowl XLIV broadcast that was followed by 106.5 million viewers in January and the Vancouver Winter Olympics in February. This more than healthy start to the year is followed by a growth of between 6% -10% for the 2010/2011 period in television. This strength has been compensated with a continuous and slow decline of print media and sports radio, but even so we estimate an overall growth of 1.1% in the US for this year. Canada is recovering from the recession much more quickly and the forecast for 2010 is for a growth of 5.4%.

We have improved the forecasts for Western Europe despite the existing concerns about the Eurozone debt, due to the desire shown by the advertisers to invest during the 1st half of this year 2010. We forecast a growth of 2.2% in 2010, compared to the previous forecast of 0.4%. The only market that we have not improved, one of the most vulnerable markets in the Eurozone. On the contrary, the forecast worsens with a growth rate of + 0.4% at a rate of -0.7%. In the Eurozone we expect a gradual growth for the period 2011 – 2012 of 2.6% and 3.4% respectively, although we will monitor demand while governments apply austerity measures later in 2010.

Japan – whose previous forecast was for a 0.7% decline in the advertising market this year – remains outside the rest of the Asia-Pacific region, where we expect growth of 10.6% this year, including 2-digit growth rates in 7 countries : China, India, Indonesia, Malaysia, Philippines, Thailand and Vietnam. In most of this area the recession is already something of the past and advertising investment grows at rates before the crisis. Between 2001 and 2008, advertising investment grew by 10.1% annually in the Asia-Pacific region. For the next few years we expect an improvement in Japan while the impressive growth in the rest of the region continues, which on average will have growth rates in the advertising market of 5.8% in 2010, 6.5% in 2011 and 7.5% in 2012.

Some small countries in Latin America face a year of low growth:

we expect Chile, Costa Rica, Puerto Rico and Uruguay to grow 1% -2% each. But most markets have recovered and enjoy a year of healthy expansion. We foresee a global growth of the region of 7.0% in 2010, and especially strong in countries such as Mexico, Panama, Peru and Venezuela. With rates in the environment of 11% -14%. Looking ahead to 2011, we expect the region to maintain a growth rate close to 7.0% and 8.5% in 2012.

Central and Eastern Europe is suffering from the crisis more than any other region; It has lost 24.6% of advertising investment compared to 2009. The area is now divided between those that recover quickly as Belarus, Bosnia – Herzegovina, Russia, Serbia, Slovenia, Turkey and Ukraine – which will grow between 11% and 26%. % this year – and those whose structural economic problems are still declining advertising investments as is the case in Bulgaria, Estonia, Greece, Hungary and Latvia – that will decrease between 3% and 16%. As for Greece, it faces a prolonged decline with a forecast of a reduction of its advertising investments of 13.9% in 2010, 7.0% in 2011 and 0.3% in 2012.

Television behaved relatively well during the crisis because consumers tend to spend more time in front of the television when they lack income. And it continues to behave positively. New technologies like channels in high definition also encourage to watch more TV. In addition, television is much more present in developing countries, hence its vertiginous increase in the share of global advertising investment. We expect this medium to attract 40.8% of total investment for 2012, compared to 39.2% in 2009 and 38.0% in 2008.

Search engine positioning is the engine of growth on the Internet. It represents 50.2% of the total advertising investment on the Internet in 2009, and we believe that it will grow up to 52.6% in 2012. The contribution of the Display to the Internet total has been reduced from 32.9% in 2008 to 31.9% in 2009. New formats – especially video on the internet, mobile and social media – will help to precisely stabilize the Display and the forecast is that it represents 32.0% in 2012.

In the US, mobile advertising and social media – which are better measured and controlled than in the rest of the world – grow more than any other format on the internet. Between 2009 and 2012 we believe that mobile advertising will grow an average of 43.2% per year, while social media advertising will grow by around 30.2% per year, compared to 15.6% per year for the average internet. Both formats overlap to a certain extent as many consumers use their phones to access their profiles on social networks. Mobile and social advertising represented only 5% of Internet investment in the US in 2009, but will reach 8% in 2012.