Coupons are a sales tool for both physical stores and ecommerce. If you optimize your strategy, you can encourage the purchase and attract customers to the store. More than half of customers would buy more in physical stores if they received a coupon with a geolocalized offer. This is indicated by a survey conducted by RetailMeNot in which 1,000 consumers from the United States participated, highlighting the ability of consumers as authentic divers looking for coupons. 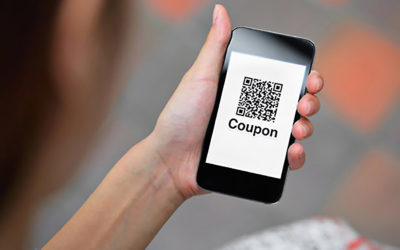 What is clear is that coupons and deals remain essential resources among mobile consumers. According to ComScore’s online shopper barometer, coupons are still very close to the top spot on the mobile buyers’ interest list.

Mobile coupons have become the new holy grail of consumers and the most coveted resource to improve the shopping cart. According to RetailMeNot data, 33% of respondents acknowledge that they have searched for online coupons with their mobile device. A practice that is given especially among the younger audience. 44% of customers between 18 and 34 said they had sought coupons with their mobile, compared to 26% of those over 35.

26% of consumers have purchased something in a physical store from an online coupon. In addition, 90% of them had done so last month.

Young people use more coupons online when it comes to going to the physical store. 39% of consumers between the ages of 18 and 34 have made a purchase in the store thanks to a coupon, along with 18% of those over 35. In addition, 71% of young people had used coupons to buy online , A practice that also carried out 42% of the older age group.

63% indicated that if they had received the coupon when it was already in the store, they would have bought something, since it was decided to buy and, therefore, receptive to this type of offers and incentives.

For JohN Faith, Senior Vice President of RetailMeNot, the key to a successful coupon strategy is relevance; In the ability to offer the customer the right information at the right time and place, within the sales cycle. Geolocation-based techniques can help a lot.

8 out of 10 consumers surveyed used their device last month to expand information when deciding to buy the product.

In addition to searching for coupons, mobile devices also encourage shopping. According to the study, 54% of respondents had completed their purchase using this device during the month prior to the survey.

Men buy more than women with their mobile device. Specifically, the study indicates that 61% of men used these smart devices to buy, compared to 48% of women.

Parents look for more such offers than those who do not have children. 45% of heads of households turn to their cell phones for coupons, compared to 27% of those who have no offspring. In addition, 37% of these parents purchase in the physical stores motivated by some discount coupon, compared to 21% of the rest.