Isra García, one of the essential figures to understand the keys of Social Media Marketing, brings us closer to the understanding of a more humane and less technological digital communication model, where people are their real reason for being above technological platforms. The pioneer of Human Media encourages companies to develop actions that impact their audience “so that you help them, equip them and feel that you are better because you make their lives easier”. 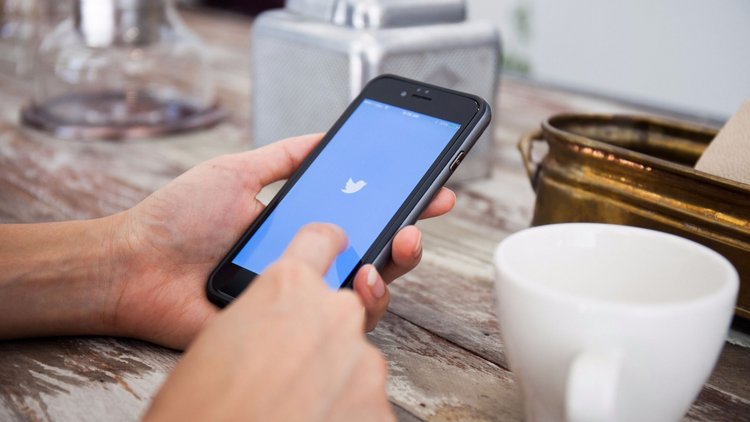 With an intense professional career as a national and international counselor in Social Media Marketing and new forms of communication, in his last interview granted to Webpositer, Isra García reviews her beginnings and her first contact with social networks back in 2007, when she began her work at Picnic Group, a communication and marketing company specializing in music and trends.

Always with learning, the search for change and action as the maxims of her philosophy of life, Isra García expanded the training received in and the United Kingdom by traveling to the United States where she studied Leadership and Online Marketing at the University of Arkansas. In American lands he began to make the Social Web a field of operations that he dominated and loved more every day because of his capacity to enhance human interactions. Affirming that “the best master is trying different”, throughout his tireless career marks as Pionner, Amnesia Ibiza, MTV, Emi Music or Blackberry or international agencies such as blur Marketing continue to have their know-how in the development of strategies in Social Media, Human Media or acting as a Community Connector. Far from rules and stereotypes, Isra García works to break the predetermined and generate an inspiring change. Faced with the ruling, the Alicante proposes to get up and act while, “if you succeed, think again differently because what today has placed you in a good place, tomorrow does not have to be the same”.

Human Media, beyond technological applications, the essentials are people

Towards 2011, and as a result of its incessant work to connect brands and communities through the Social Web, it becomes the creator of the Human Media concept, “a new perspective centered on the human, instead of the technological “and based on how human interactions on the Internet make possible the creation of relationships between people who” ultimately become a business “.

For Isra García, a global reference in the dissemination of the opportunities that digital communication contains to enhance the leadership of brands and people, tools and platforms have made it possible for us to take advantage of “the power of global communications.” However, without people the process is empty because “there is no interactivity, connectivity or opportunities.” In fact, key names in the world of Marketing such as the famous Philip Kotler and Tim O’Reilly hold their position.

Although it always clarifies that it is an approach, Isra García establishes the difference between Social Media and Human Media. While in the first “what we value are the tools and applications”, Human Media manages to give a human meaning to all the actions that are developed, provided that clear objectives are established “where people are available”. the important role they play.

It goes further and, in a resounding way, states that in many occasions only the platforms that live in the Social Web are used to “send messages, but we do not seek conversation, we do not seek engagement” and we avoid the replication by returning to a unidirectional communication. On the contrary, interactions based on Human Media “put special emphasis on what people are, their emotions and what they transmit”, achieving a more natural and human communication where people and brands connect and transmit their power to each other. To achieve this, Isra García proposes as an effective formula “storytelling, creating stories that make you more human”. In his argument, this passionate person says that each company has a story to tell,

Objectives, the first step in a Social Media Marketing strategy that generates change

With that direct and non-conformist style that characterizes him, in his answers Isra García makes clear what in his opinion is not Social Media. “It’s not being around, […] it’s not a Community Manager who does a 20-hour course, it’s not sending private messages trying to sell your company, […] it’s neither mechanical nor robotized”. Far from being a purely technological fashion or obsession, he maintains that Social Media is “coherence and goals because, if you do not know where you are going, you can be there and not know it.”

Isra García said during the interview that, unlike what happened when marketing began to shyly enter the companies, today there are many organizations that “show a want, an attitude” favorable to bet on digital communication. However, he warns that the great pending issue lies in launching into the Social Web without meditating on a strategy, some objectives, without measuring the results or studying the return on the investment made. For this reason, it emphasizes the importance of metrics to evaluate the achievement of objectives with each action undertaken.

In order to achieve a strategy in the Social Web that provokes the desired response, this lover of challenges proposes setting clear objectives, structuring them correctly, “being coherent with the time available and what we want to achieve”, establishing a calendar of actions carriers of value and “customer-oriented”. In short, Isra García highlights an interesting idea in which the essential thing is that any action that is developed has an impact on the public in a way that feels that the brand “helps, equips and makes life easier”.

Interacting with the audience creating conversations and adding value, eliminating the noise of this equation 2.0, implies the entry into action of two fundamental concepts, according to Isra Garcia: “I care about you and tell your friends”. In this way, the public will not only feel loved by the company but will be able to transfer that feeling among their friends, making the experience viral.

For the contribution of value that Social Media provides to companies, Isra García encourages action and testing instead of giving a no response. In fact, he concludes by saying: “What is the ROI of doing nothing? Nothing, it is less than doing something, then try it.”

Community Leadership: Analyzing the work of the Community Manager

Isra García argues that a Community Leader – as he prefers to call the Community Manager – must “interact with the audience, monitor and update the networks shaking them”. As the creator of the conversation, you must always be accessible to your audience. This professional must have a master domain of platforms and tools as well as marketing, communication and public relations to “make a mix” with their combination. Beyond the attributions that are usually associated with a Community Manager, this leader is “the representative of your brand on the Internet, someone who optimizes the company from the online sphere, translating the needs of your brand to the community and vice versa.”

In this scenario where new conversations are constantly emerging, favorable opinions coexist with negative comments that can lead to an online reputation crisis. The founder of IG – Empowering People, Business & Communities recommends acting quickly with “transparency, sincerity, honesty and humility”. It is not enough to ask for forgiveness; the company must respond to the client’s demands by talking to him because, being clear and frank, “you may have won a client or a fan for much longer”.

To end the interview, this “doer” passionate about doing things constantly helping others with it – as shown by his latest and hopeful Bridges for Music project – expresses that “everything becomes more human and sensitive oriented to connect emotions in a way closer and personal “with brands based on a philosophy that engages its audience.