Irelands Saints and a Brief History of Them

Ireland is a country that has a rich history steeped in myth and legend. A big part of Irish History are the saints that enlightened the country during some of the hardest times of Irelands history. Here are just a few of Irelands saints and a bit of information about them.

St Patrick – Easily Irelands most famous saint, St Patricks day on March 17th is cause for huge celebration in Ireland and in Irish communities around the world. St Patricks day gifts go flying off the shelves and places hold parades in celebration. Originally a slave from Wales, St Patrick is credited with bringing Christianity to Ireland. 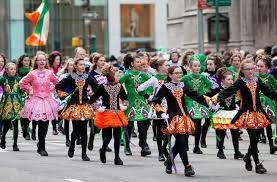 St Kevin – St Kevin was a miracle worker who is said to have lived to the grand old age of 120! He lived life as a hermit in a cave at Glendalough after being ordained as a priest. Despite the fact that he was a hermit, St Kevin had a large following, and many people still travel to the Wicklow mountains to see his monastery.

St Brigid – Before Ireland became a Christian country, Brigid was already worshipped in Ireland as a goddess and her celebration on 1st February coincided with the coming of spring. She was known for being kind and caring and looked after the poor and the sick. She is buried next to St Patrick and St Columba in Downpatrick.