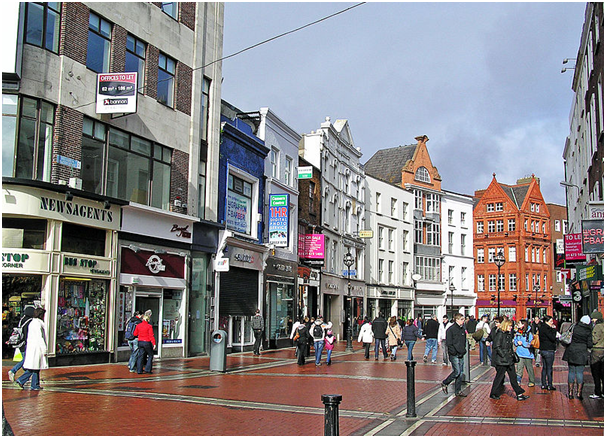 However, additional planning consent for an 1,800 space multi-storey car park was refused, with the council preferring to consider a revised plan that will prioritise public transport, cycling, and car pooling amidst concerns about the already heavily congested N4 and M50.

The plan has already proved controversial after the Quarryvale site was rezoned to make way for the new centre, in preference to the redevelopment of nearby Clondalkin town centre. The Council claim that no proper traffic assessment has been carried out with regard to the ice rink, frequency of events and possible disruption caused by capacity crowds.

The council have also requested an additional €5m to change road layouts and include new ‘congestion loops’ to deal with traffic issues in the area.

The plans offer a real opportunity for Dublin shopfitting companies like Designco with plans drawn up by US architects RTKL showcasing a vast steel and glass net like canopy to roof the new public plaza. Liffey Valley will now offer a blend of retail, commercial and leisure activities that will resonate with the local community, says Brian Moran, of Hines Ireland.

The plaza will feature trees and fountains, along with seating areas for proposed coffee shops and restaurants.

The Ice Skating Association of Ireland state that the development of the Olympic sized ice rink facility will give Irish athletes the chance to train and compete at home. Hines Ireland have worked closely with ISAI to ensure that the venue will be a suitable home for Irish skating teams as well as being a top quality international venue.

Liffey Valley, opened in 1998, is already one of Ireland’s premier shopping and leisure destinations with its existing blend of retail, dining and cinemas. The newly approved expansion will create up to 450 construction jobs with an additional 1,500 full and part time workers expected to be employed in the newly expanded centre, bringing the total workforce at the Liffey Valley site to over 3,700 employees.