As a nation we love cake. Jam doughnuts, iced buns, chelsea buns, lardy cakes, cream slices – the list could go on. We have cake with tea, when we celebrate and someone in the office always seems to be bringing in cakes for some reason. You try to be good and ask for a banana but let’s face it, what you really want is a cake!

The longest cake production line in Europe can be found in Yorkshire at the Mr Kipling bakery. The line, running at full capacity, could produce 300 million cake slices in just one year. Indeed cake is no trifling matter and the UK’s food manufacturing sector is larger than cars and aerospace combined. It is worth over £100 billion to our economy. Mr Kipling is our leading cake brand with a 17% share of the packaged cake market.

The second largest supplier of cakes is Memory Lane who bake for leading supermarkets and their goods include: sponges, seasonal cakes, cake bites, slices, bars and mini rolls. They also bake for Weight watchers, Disney and Thorntons. Cake is big business and the site in Cardiff covers eight acres and is operational around the clock. The site features five bakeries with nine production lines, each making millions of cakes and seasonal goodies every year. In 2014, the factory produced 26 million cakes across 134 production lines. That’s a seriously big operation that will need effective maintenance to ensure a constant flow of sweet treats. To keep those conveyors moving, visit http://industrialbeltdrives.com/quote/v-belts/gates-micro-v/ for Gates v Belts. 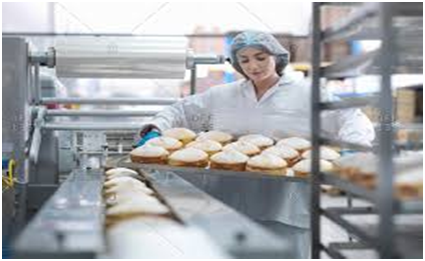 Mr Kipling entered the British food market in 1967 as an attempt to bring bakery quality cake to the supermarkets as at this time most cakes were bought from a local baker. Mr Kipling became the largest manufacturer of cake by 1976. Love a French Fancy? These delightful little cakes have definitely stood the test of time as they were part of the 20 varieties in the original 1967 launch.

Their slogan is another example of standing the test of time as this too was introduced in the initial 1967 launch. In 2014, the slogan came under threat as bosses sought to rebrand but such is the long lasting impact of ‘exceedingly good cakes’ that is was decided it should remain.

According to recent polls, where we live has an impact on what our favourite cake is. The results showed the following preferences:

Do you agree with the results? Chocolate does seem to be our favourite ingredient to be baked into a cake form. Another poll revealed that the cake we most love to bake ourselves is the Victoria Sponge but our guilty pleasure always includes chocolate. Our love affair with the humble cake shows absolutely no signs of abating with the huge popularity of TV show Great British Bake Off which has inspired a nation to dust off those cake pans and get baking.