Technology can be a wonderful thing that makes our lives easier, safer and more enjoyable. The last few decades have seen huge advances in our access to the world through the internet and whether you think this is a good or bad thing is a matter for debate. However, it is here and here to stay but it doesn’t mean that we have to forget the gadgets of the past that we might have very fond memories of. Our children may not know what we’re talking about but let’s take a look at some of things that modern technology has replaced.

There was something really satisfying about developing your images instantly and anticipating the appearance of the images you’ve captured on a neat little square photograph. Polaroid stopped manufacturing the film in 2008 and digital cameras have been around since 1995. Then along came Instagram, making snapping hundreds of instant photos much more convenient but not quite as tangible and rewarding.

VCRs were in just about every home and whole cabinets would be devoted to a family’s collection of VHS tapes. They started to be phased out in 1996 when DVDs were invented. When DVDs appeared on the market, they were considered to be the latest technological advancement and the much loved but clunky VHS tapes became defunct. Technology is ever evolving though and now even DVDs are at risk due to the popularity of internet streaming and watching TV shows and films on services like Youtube, Amazon Prime and Netflix. Instead of renting from Blockbuster or purchasing the DVD, you can watch or listen to the digital form of practically every movie or TV show ever. 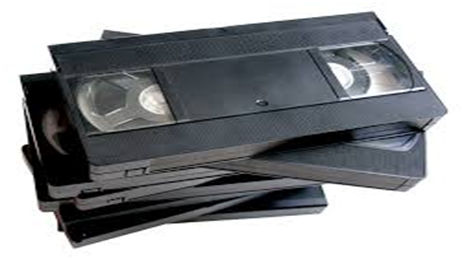 In 1979, Sony’s Walkman reached the market as the first portable music device with dual capabilities of playing the radio and cassettes. Walkman released a CD player version in 2006 but people just weren’t interested in carrying music with them so in 2010, Walkman ceased production of further products. With the introduction of iPods and phones that stream media, you don’t have to carry cumbersome CDs or cassette tapes wherever you go. 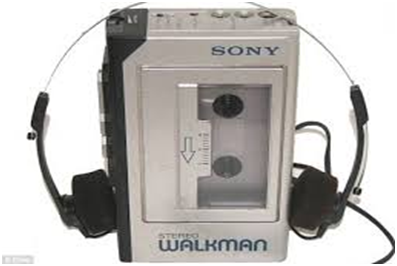 Today we use GPS systems and the days of map reading are no more. From Mapquest to Google Maps, the concept of typing in your location and receiving directions to your destination is so much easier than fighting with a large paper map.
Rounded TV screens

Older TVs operated from photons being fired from a photon gun in the back of the TV, hitting the screen in such a way to produce colour pictures. The screens were rounded to provide ample distance from the electron gun (cathode)  and the screen. We don’t use this technology anymore so newer flat screen models have sparked further developments like HDTVs, Ultra HDTVs, and 3D TVs. It’s good to embrace new technology and why not make our homes smarter too? For Home Automation, visit http://digitalinteriors.co.uk/.

Dial-up connection for the internet service was a painfully long experience when connecting. Modems with wired connections (such as Ethernet) developed, enabling users to not have to connect via phone lines meaning you didn’t have worry about missing a phone call if you wanted to go online.

Buttons are getting transitioned out of our everyday technological usage. Each newer device relies on graphical user interfaces through touch screen features. Keyboards, control panels, and more are now going down the virtual route.