Content marketing has meant a new way to reach the consumer. Until now, companies developed their message and transmitted it through conventional media, without giving the audience the opportunity to intervene in the creation of such, or to be able to interact with it. 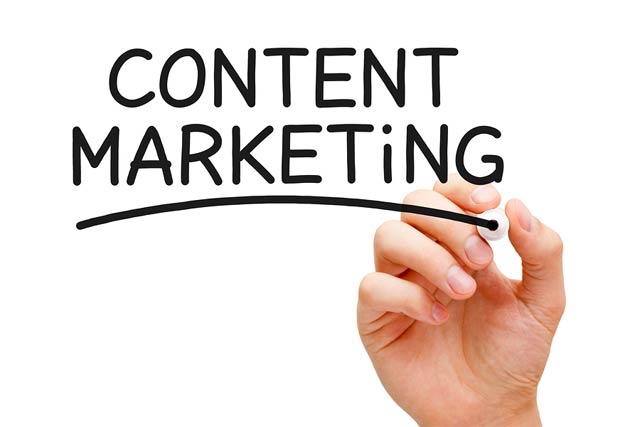 Social Media has brought with it a new way of communicating, a rapprochement between the two worlds, always separated by the barrier imposed by the media 1.0. The Report published by 306i defines content marketing as the organization, creation and distribution of content in order to achieve a better connection with current and potential customers. The report highlights three key aspects of content marketing:

Branding content is a new specimen, A content of a nature different from the type content that until the moment we were accustomed to see in the traditional means. There has been nothing like it so far; No other type of content has been able to generate conversation, promote interactions and likely to be shared among users. This new type of content has generated a new way of behavior by the users, which benefits the relationship with the brands.

The development of this type of content combines creation with healing. This new form of information allows you to simultaneously create, share, readapt and recreate. It allows brands to interact with users, while interacting with each other.

The tasks to be performed in content marketing do not end with their creation. Once created, the content has to see the light, it must be part of a complete strategy, which involves the selection of distribution channels, publication planning and monitoring tasks, in order to achieve maximum dissemination.

Content marketing gives users a leading role, who play an important role, interacting with content, sharing with their peers, creating new content from it or providing their own vision.

Brands need to be able to tap into this potential of their users as content generators (in order to) Content curation platforms are a tool that has given new power to users. Thanks to them they can create their own content, as well as reuse the generated by the companies, giving rise to a new message, to which they grant their particular vision, reason why it has a greater welcome on the part of its fellowmen. As an illustration of the success of these platforms, the report indicates that currently users of Tumblr spend an average of 30 minutes a day, a period very similar to that spent on Facebook, While in Pinterest it is 15 minutes.

The fundamental pillars of content marketing are based on …

Content development, Using both creation and healing. It is undeniable that without creation there would be no cure, but the latter provides a new dimension to the initial content, optimizing it and endowing it with a new purpose.

Creation. Companies must be thoroughly employed to provide useful and quality content, always serving the interests of the audience.

Healing. It is important as a method to provide greater wealth to the content strategy, collecting those items on which users show special interest.

Syndication and distribution. The success of the content depends on its viralization power. To do this, a strategy must be designed that favors its maximum reach. For this, you can count on means of payment, In addition to its own media, mainly blog and social platforms, and the most valuable medium: user interaction. A really good content will impact the user, growing in him the desire to share it with his contacts, giving him his personal signature; Also generating new interactions between the contacts of their contacts.

Optimization. The content strategy has to have an objective, depending on which one type of content is developed or another. It is important to monitor the conversations that happen around your brand and its content, in order to detect trends, find out the impact of the message and be able to adapt it to achieve greater impact. A really good content will impact the user, growing in him the desire to share it with his contacts, giving him his personal signature; Also generating new interactions between the contacts of their contacts.