Searching through the client and P2P Geomarketing

The commercial strategy is reduced to that phrase. After the analysis download torrents to organize their concerts became public, came a series of denials, moral qualifications, clarification of legal court, or apocalyptic denials by the band, or rather, their legal and financial representatives. But beyond the sensationalism or glam pomp so characteristic of the Pop scene, if possible draw lessons from business management tools relying on geomarketing.

1) What is the technique or strategy to make the calendar sponsored concert?

Very simple: access to information residing on the platform Bittorrent file sharing. Among all that maremagnun of Big Data, the focus is on those concerning the geographical origin of requests for files, and not surprisingly, the location of those files that come into permanent loop aggregation downloads, constituting at the same time a cluster or data nursery. 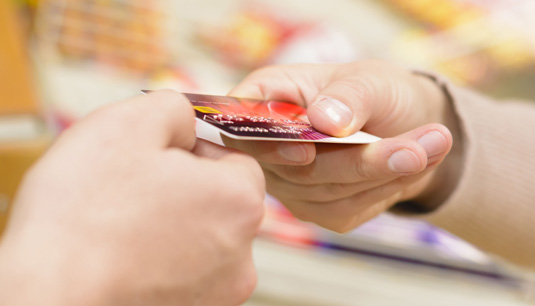 In the scheme mode or end-user experience, a “Customer Canvas” essential, what business managers of Iron Maiden was sought in BitTorrent know where he lived his audience. faithful to their songs consumers, rather than to current accounts Rock group, since through the program on their computers downloading music from the Maiden. Albums or songs in any (or unlikely) case subsequently legally acquire via payment platforms regularized.

2nd) What they discovered in Bittorrent?

Apparently, they found as the torrent file statistics concerning their discography soared in South America. By the conventional sales channel (online or retail) probably the Latin American market was presented as an unattractive, sideshow. We are programmed to value sales in its executed phase, rather than on the potential. Following the classic criteria, if Iron Maiden sold 100,000 albums in Germany and 100 in Brazil, will give concerts from Bavaria to Prussia. And certainly not trample Brazil.

They made a strong statistical survey on the network through a channel unconventional priori, discovered that, paradoxically, made up for them to act where less sell. Call me skeptical, but I get the impression that a live performance is not pirateable. Iron Maiden’s manager agrees.

3rd) business opportunities. For musicians and those who are not.

The “Registered rights of the phonogram producer and owner of the work, unless authorized, publication, rental, public or is prohibited from running radio” have gone to “Customers, seeds, links, containers, downloads”. The alphabetical spectrum around music has changed. Becomes, rather than a fact, an evocation of change began to take shape in those distant Napster, Audiogalaxy and colonizing other platforms. The detail reveals the great change suffered in the music sector. Mainly due to music piracy, the phenomenon that has come to bring both the strengths and weaknesses that has historically industry. As of today it continues to adapt to a scenario that affects several aspects of life: social, cultural, legal and economic ,, ….

Two empty cans, diaphanous refreshments. String. If they unite, in some ways it works the miracle of communication. Why this introduction that recalls childhood experiments ?. Perhaps, and relatively speaking, of course, here is the genesis of P2P, the logic of this method of communication.

P2P has traditionally been the  false democracy  of the network: eliminates the need for servers and allows all computers to communicate and share resources as equals. Each is what it is, an equal in a network. But that ecosystem has always strongly vetoed the entrance to one of the key actors in social development: businesses.

Commercial maneuver Iron Maiden, far from being condemned and martyred in the Ateneos of orthodoxy, must be taken into account. Allows the study of social, local and mobile strategies, specific targetings, and an enviable rate of engagement, if it is supported by other data collection tools.

In short, the business must come, not as mere advertiser but as interlocutor in these user communities, encouraging everyone to “talk” to each other.

A phenomenon that simple (or at least apparently) and unorganized (the millions of users who use trading platforms are not moved, a priori, by a unified and directed end), can unearth opportunities for a company whose strategy can be reinforced in a business model that had never before considered.