If you still believe that you are in control of the marketing you are pursuing, forget about it. The purchasing power and decision has been in the hands of consumers for some years and the expectation is that this trend will continue to evolve and become even more popular over time. 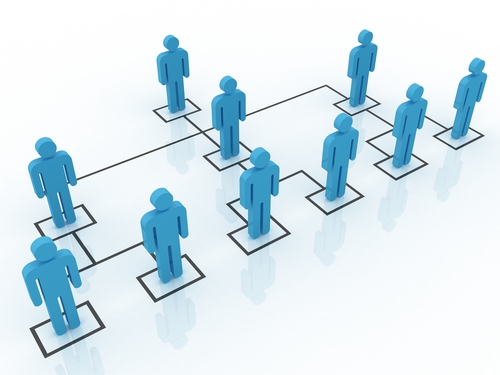 Until recently, and just talking about digital marketing, companies used the display (advertising banners) as one of the main marketing tools. Later, the dominant position was occupied by search engines, especially Google with their AdWords. The entry and massive popularization of social networks, and also particularly of mobile devices, ended up conforming the current scenario. Apart from email marketing, of course, it has maintained a strong position despite the different trends.

Web-to-web browsing to see what has been published has fallen into disuse, now focusing on search engines that refer to what interests users, blogs on those issues that appeal to them and a good part of navigation Is now focused on the social networks themselves, including links to some pages cited by the users themselves. So, these are now the ones that have to do the communication channel, the amplifier of the marketing campaigns.

All techniques and channels are still effective in online marketing, but today it is necessary to increase the relevance of all this communication: we have to segment much more adequately and raise creativity to levels that previously did not require so much effort.

The success of an advertising campaign in digital media today necessarily involves messages that are easy to convey in word of mouth, very attractive and that can communicate between users to achieve capillarity. Good offers – particularly in times of crisis – and connect at an emotional level, become the perfect ingredient.

But, once you have the message, how do you communicate it? Let’s look at an example:

A travel company, “Cheap Cruises”, launches a display campaign promoting a very attractive cruise at a fairly adequate price. A user sees that campaign and clicks the banner to see more details. As he does not have much time, he points to the newsletter they promote and asks his Facebook friends if they have heard anything about the company and those trips.

Later, back home, he sees that a couple of friends speak well of the cruise and has already received an email from the travel agency with the next departures and different itineraries. With a little more curiosity, ask on Twitter: “Does anyone know #CruisesCheats? Recommendations? “Soon after receiving messages from some strangers and the company itself sends a message thanking them for their interest and promising a special offer for the next trip.

Finally, the user, moved by the recommendation of friends and even strangers, is aimed at the cruise.

Completing this process requires two essential elements to support this promotional campaign: a technical platform capable of adequately managing information (automation of newsletters , in-depth web analytics, correct management of the distribution of a campaign in multiple channels) High component of virality, so that both Facebook and Twitter will get a committed audience or speak for our brand.

Marketing has always focused on the customer to satisfy or generate a demand and turn it into a sale. That essential idea remains the same, but now we must conceptually change the broad set of digital channels through which the audience is reached. Are you ready?