Evolution of marketing strategies, to know where we are going

After the Second World War the concept of marketing developed around what was called (The four P’s), this is planning for the right product, price, place and promotion.

Then consumer orientation was born, that is, instead of focusing on what engineers and designers thought consumers wanted, companies began to focus on the needs, wants and problems of the market segments. 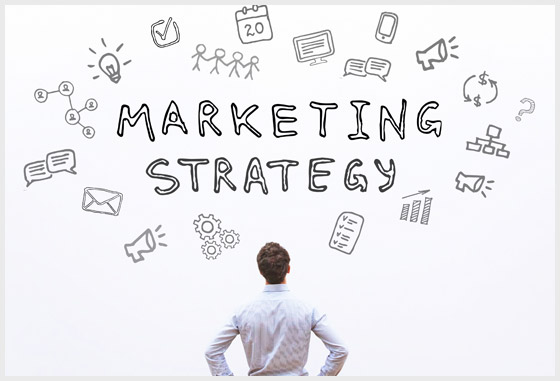 During the last decades the concept of marketing is more fragmented with respect to the orientations of smaller consumers or market niches. Consumer Orientation

The expansion of the population quickly demanded products that were not available during the ’30 crisis.

In times of the 2nd war, the demand for products was suppressed and the war material was privileged as exclusive production.

Consumers were in need of everything they lacked during the war. The postwar production was superior to the demand, there was a variety of competitors never seen before, and this led to product diversification. Market segmentation

Over time the needs of the most sophisticated consumers became the most diverse products. The segmentation of the market began to take shape by directing a wide variety of products to different groups of buyers, based on a demographic community. The products are sold for reasons of age, income and ethnic origin.

In many cases, specific companies were created for each market segment with their own brand and differentiated products. This gave rise to an increasing competition of brands, becoming a risk, introducing a new product.

Distribution channels and pressures to meet the needs of each segment led to a reevaluation of the marketing philosophy in progress.

Direct marketing became the chosen one as a strategy, since companies realized that the only way to compete was by targeting smaller markets. Market niche

The market niche began in the 1980s, becoming more evident in the 1990s. Niche sales offer a narrow range of products, but usually with deep selection. Some compete in quality and others in the price and in any case, quality and variety are generally the base of the wholesalers.

Vendors in more successful niche markets often expand their product line, something that can not be done successfully until you have a strong brand positioning in the minds of consumers as the best choice for the products of that niche. Summing up … the ’50s and’ 60s gave control to the customer, based on the orientation of consumers and becoming the new way of managing a business.

In part of the ’60 and ’70 more specialized products were given with the segmentation of the market and trying to satisfy the needs of consumers.

In the 80s and 90s, the niche market gave us a deep selection of products, in narrow ranges.

Today’s consumers are looking for a niche with a strong differentiation strategy. They have the option to buy for anyone who fits their needs. Thanks to the ease with which contacts are made, global competition on the Internet is becoming increasingly fierce.

It is time for strategies and budgets to be oriented within the new communication technologies that are being managed today.