According to a study by the University of Maryland and the Smith School of Business, despite the lack of investment in marketing and personnel technologies in the last two years, small businesses are increasing their investment in digital channels and media. social communication.

Websites are the cornerstone of digital marketing for small businesses (less than 100 employees), with 56% of respondents surveyed for the study, thus increasing 10 percentage points from the previous year. 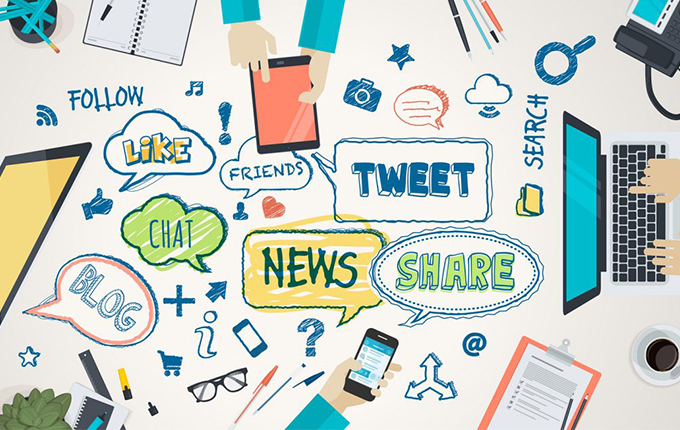 Meanwhile, they are adopting social media and search to drive traffic to their websites. The data are the following:

Other results show us that in the next two years, Social Media Marketing is expected to grow rapidly, increasing 46% more than this year. Online advertising is another priority for the near future:

According to the survey, preferred social media with Facebook with 27% and LinkedIn with 18%, increasing 10 percentage points in the first case, and doubling figures in the second.

The role of social media has also changed, with 63% using them to involve existing clients (compared to 46% the previous year), while attracting new customers obtained 59%, down two percentage points to last year (61%). At the same time, 31% think that the use of social networks increases internal collaborations and 44% external collaborations.

63% of small businesses that use social media, say that using them has improved customer loyalty by the direct treatment that remains, while 56% say that social marketing has used it more than expected .

Approximately 40% say that social media has received a lot of criticism, far exceeding 17% of the previous year. Only 5% say that this hurt them.

In terms of the last 12 months, 25% of small business owners say that Social Media has been profitable, 15% have lost money and 46% say they pay for themselves.

The vast majority are aware of the various activities that allow mobile phones to be made and the importance they charge day by day. 73% have sent text messages and 68% listed the company on location sites, but many less have adopted these technologies, since they only increased by 9% and 19% respectively.