Generation Z, how is the next generation of consumers?

Usually we talk about the Millennials as the most important target audience for brands. It is young people up to 35 years, especially active on the Internet, who enjoy keeping to the last, and with a predisposition to shopping. However, it should go further, and start thinking about the next generation of consumers. This is the generation Z, (people born after 1991), but account for more than a quarter of the population of countries like the United States (25.9%), and born with the technology under his arm, and have ideals and own expectations, brands should know. 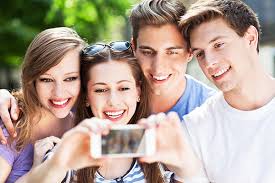 Are the consumers of the future, which are beginning to emerge in the present. The infographic Marketo presents a snapshot of how consumers are the Z generation, and what is important to know about them:

They have grown up in a social era undergoing rapid change; oriented diversity, integration and awareness with their environment. 76% are concerned about the impact of man on the planet. 26% of adolescents between 16 and 19 years and practiced some form of volunteering.

For them, the Internet is their main source of information, and new technologies, the usual media. A third of them studied with online materials; 20% read textbooks in digital format. In addition, more than half (52%) uses YouTube as a source of information for their classwork.

They are considered self-sufficient in all respects, and they intend to maintain their independence and autonomy. 72% of high school students plans to start his own company. His desire would be to work on something that really excites them. 76% dream about your hobby becomes your source of income. A longing that only affects 50% of Millennials. 60% of the future generation would like your work contribute to improving the world.

When hit this target audience with a message, it should take into account their way of perceiving information. Internet is without doubt the middle where to find them and conquer them. 41% spend more than 3 hours a day to find and consume content unrelated to their school activity. Also, although, in principle, their financial resources are limited, involve not inconsiderable figure of 44 billion dollars annually.

They love social networks, but not conventional. While Facebook wowed them back in 2012 (42%), their desire for privacy, and flee from those places can match their parents take 25% of them to leave the queen of the social networks this year. Instead, they opt for those platforms where they can act with complete confidentiality, such as Snapchat. In addition, you can also appreciate a budding interest in Instagram, which closed 2013 with 23% of them.

Another aspect to consider is their willingness to create content, rather than only to share, as in the case of Millennials.

This is mainly visual users, who have developed a multiscreen behavior (5 devices, vs 2 in the case of Millennials), seduced by the image. The length of time we have to keep the attention of the recipient is 8 seconds; a period which may decrease in the case of these young people overexposed to impacts.

Therefore, to reach them, the message must be short, preferably visual, adapted to all devices and designed so that it awakens the need to know more, to do own and interact with it. Ideally even motivate you to act, to act accordingly, creating their own response, or complementary message. It is most active users, which react particularly well to the challenges and proposals that help you feel fulfilled.