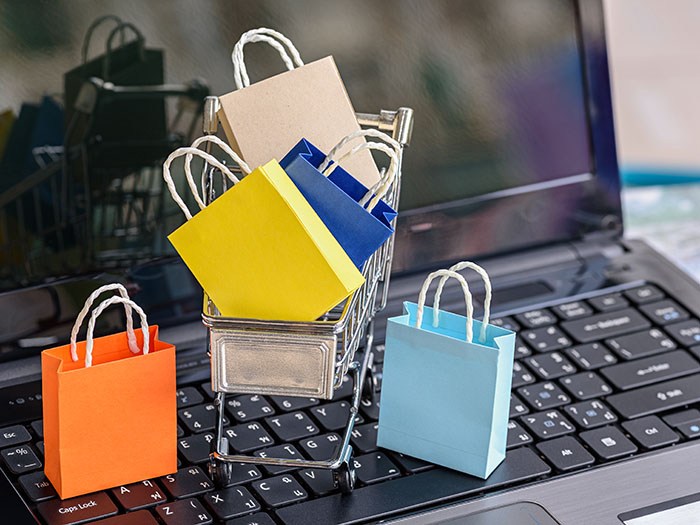 41% of Internet users who are over 60 years of age are considered active Internet users, since they not only use the Internet to search for information, but have made some purchases online. The hiring of trips, the purchase of tickets for shows and the acquisition of electronic articles center most of the online shopping actions of this type of users. These are some of the conclusions of the opinion study, which has been developed by the Club Oferting offers portal to know the degree of Internet integration in users over 60 years of age.

The use of the Internet in the golden age

The study reveals that in there are three profiles of Internet users over 60, depending on the use they make of the network: the elementary user, the incipient cyber-buyer and the grandfather dot com. Those who respond to the category of elementary user, characterized by using the network to do basic tasks such as searching for information or sending and receiving emails, represent 30% of the Internet user population of “senior” age. The incipient cibercompradores, that have taken a step more in the network, since they have begun to do some purchases online, are the most nourished group – 41% of the users-. On the other hand, dot com grandparents (29%) are the most expert on the Internet. They are advanced users who participate in forums, have a profile on social networks and have even sent comments to one of their favorite blogs.

They constitute almost a third (30%) of the total Internet users who are 60 or older. The main reason why they decided to start using the network was because they saw that it could become a very practical tool to obtain information about the topics that interested them. So, in addition to browse through the network to see the hotel, tourism and leisure offer of the places that would like to make a break, have learned to use email to streamline communication with members of their family and to tell with a system adapted to modern life through which to meet friends.

The study points out that this group of Internet users still shows a somewhat old-fashioned behavior in terms of online shopping, as it distrusts the security and effectiveness of purchases that are not made face to face.

Those who begin to see that buying online has more advantages than disadvantages account for 41% of the total Internet users of 60 up. This group considers that it is much more comfortable and less tired to make the purchase from the screen of your computer than to go from one side to another going around until you find what you are looking for. In addition, he believes that the network is easier to find products and services offer, which adds to your energy savings, a benefit to your pocket.

Although most of the purchases made online have to do with the hiring of trips, the incipient cybercompradores begin to take a fancy to use the network also to consult the billboard of cinema, theater and other shows with which to fill their agenda. activities. The purchase of electronics products and even the purchase of some books are other of your preferred purchases.

This group of Internet users, which represents 29% of users who have spent their sixties, is the one with the most advanced level of Internet use. In addition to using the network to make part of their purchases, they are true experts in the search for online bargains. They are targeted to some websites of offers on the Internet and before making a purchase decision they usually participate in forums to compare opinions with other Internet users.

The study reveals that dot com grandparents use some platforms such as Skype or Messenger to communicate, are fans of social networks like Facebook and access the network even when they want to request an appointment to renew their passport or go to the doctor. According to the analysis, this group of users confesses that they could not live without the Internet.

The study “The Internet Grandfather”, which has taken into account the opinion of Internet users of over 60 years, identifies the differences that exist between those who started in cyberspace just a year ago and those who They have been browsing online for more than 5 years. One of the main differences lies in the type of support from which they connect to each other to the Internet. Among the experienced, who are usually between 60 and 64 years old, there are already some users who access the network from their mobile phone (7%) and even from their iPhone (5%). This is unthinkable in Internet users who have just set foot on the Internet, a little older than the first (65 to 70 years), since they always connect through the computer.

69% of the experienced began online to be able to search for information, although now they also buy online (40%) and are even social network users (28%). On the contrary, the novice, 38% of whom learned to navigate with the help of their children and / or grandchildren, have not yet dared to make any purchase online.

The profile of the Internet user greater than 60

Apart from the different types of users identified by the study, the most common features in the profile of Internet users aged over 60 are: men (67% vs. 33% of women) living in cities with more than 100,000 inhabitants, with a university education level or higher (60%). Although most of these elderly netizens say that when faced with the Internet, they did not know how to distinguish an email address from a web page, almost all of them learned to surf the net in a self-taught way, they have a connection to the Internet at home and They have made some purchase online.