A recent research developed by Awareness on the state of Social Media, highlights the importance of social media in business and how these media are being adopted by companies. 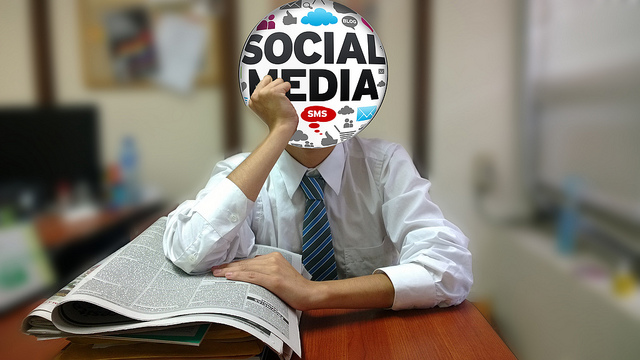 However, although this adoption is significant and the learning curve and commitment are important, there are still challenges and barriers to overcome. Even so, social networks have become a phenomenon that can no longer be ignored, and most companies and brands take it as a mandatory challenge that can bring great benefits.

The current strategy in Social Media goes beyond collecting followers

The measurement of ROI is the main headache for more than half of the companies. There is a real concern to know the return of the investment that is being obtained, but it is a difficult data to know, especially if the indicated parameters are not established.

Almost all marketers focus their attention on measuring the number of followers, fortunately there is also a fairly representative percentage that is concerned with getting more engagement with their audience, we talk 78%; while 2 out of 3 companies are working to achieve greater visibility through social networks.

There is a certain connection between online and offline media.

50% of companies are working on a strategy that integrates social channels together with conventional media. It is a correct posture, which can reinforce the message and reach a greater population nucleus. Finally companies start measuring what really matters

In addition to knowing the increase in the number of fans, data collected by practically all companies, 89% measured the web traffic reported by their shares in Social Media, and 84% also takes into account the mentions that their brand receives in this two-point environment.

Recently from Twitter, the microblogging network was considering the possibility of  modifying the tracking metrics . Ev Williams himself, co-founder of Twitter and a member of its board of directors, commented in this regard that the number of followers would move to a second place in measuring the influence of a user. “What I think is that more important than the number of followers are the retuits.”

62% of companies admit to having obtained new clients thanks to their strategy in social networks; 59% have increased their sales and another similar percentage has increased its database with new contacts. Social Media achieves a rapprochement between the brand and its potential customers, increasing credibility and trust in it; to which users respond favorably.

Customer service in social networks as a pending issue

Only 16% of companies use social CRM, although the tendency is to adopt this practice before the end of the year; at least this is recognized by 26% of marketers.

By way of conclusion, we can say that there is a certain imbalance between the established objectives, the methods used to measure the evolution and outcome of their actions and the investment made in Social Media. Companies have high hopes in this area, but 54% of them still do not have a budget specifically for Social Media Marketing. Nor do they appear to have sufficient human resources in this area, since 81% of companies have a team of up to 3 people. The survey gathers the vision of 469 participants, over 70% of them with extensive experience in Social Media Marketing, where they hold positions of responsibility. Do these conclusions coincide with your perspective on the state of Social Media?