Could cameras in operating theatres reduce the risk of preventable accidents and subsequent malpractice claims? Some people are advocating the use of cameras in operating rooms in order to document what happens during surgery. Just as the use of Body Worn Cameras has increased the accountability of police officers and the public, could cameras in theatre increase the accountability of medical staff but also protect them from spurious claims? In the UK, police complaints have fallen by 90% since the introduction of the cameras so could the same happen in hospitals? For more information, visit http://www.pinnacleresponse.com/body-cameras-and-the-law/.

The aim of filming events during surgery is to create an unbiased record of what occurs during surgical procedures so that any adverse events that do take place can be studied and avoided in the future. We only improve by learning where we went wrong. An unbiased record will also lessen the amount of time spent on complaints that have no basis when footage is reviewed. Cameras would be a useful tool because the methods currently used to reconstruct an incident are fairly unreliable. These include the memories of the medical professionals involved and notes that were taken during or after the procedure. These are both subject to interpretation and bias. Recording surgeries offers greater transparency, truth and accuracy in collecting data for the medical record.

New technology is already being tested in Canada with a ‘black box’ design which comprises a video camera that can record both audio and visual footage that is synced with patient’s physiological responses. This data will mostly serve to protect doctors against false accusations. However, in the cases where surgical errors to occur, these can lead to catastrophic injuries and even death so there is a growing concern that such errors are not being disclosed and doctors do not take responsibility when something does go wrong. Audiovisual recordings would at least provide medical providers and patients and their families a chance to understand why something went wrong and what can be learned from it. 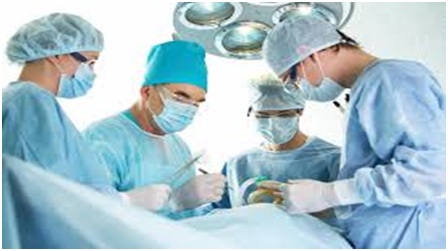 The idea of a black box in patient care seems to make good sense. In aviation, black boxes are reviewed when major problems occur and they are not used as a punishment, airline staff are free to talk as they wish. But in the end, those black boxes have led to root cause understanding in many catastrophic situations which has led to great leaps forward in passenger safety. It is possible that such a device could lead to greater patient safety too.

One pilot scheme involving the black box covered 54 procedures in which there were 38 adverse events. A shocking 75% of the problems were not noticed by the surgical team, which is why using video, audio and patient data from an operation can only aid surgeons learn from their mistakes and get better. In the United States, some 400,000 people a year are estimated to have died from preventable medical errors which is the third leading cause of death after cancer and heart disease. Could cameras in operating rooms help to lessen this number?