How did Brexit affect the recruitment market last month

Since the referendum, permanent recruitment has fallen.

IHS Markit’s Report on Jobs surveyed 400 recruiters and many of these cited the economic uncertainty in the aftermath of Brexit as the main reason behind their lack of confidence in taking on new permanent staff. This situation has been described as a “dramatic freefall”, the like of which has not been seen since the recession in 2009, according to Kevin Green, chief executive of the Recruitment and Employment Confederation. “Highly cautious” employers are instead turning to temporary staff to fill vacancies. 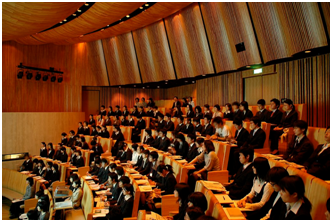 However, Mr Green also commented that people should not jump to conclusions based on short-term data, and that in the long term, as political upheaval settles, the situation may not be so bleak after all. The same survey indicated that starting salaries actually increased for both temporary and permanent staff over the last two months, which demonstrates that demand for staff is still high.

According to CIPD research findings, there has been a 4% decline in the number of employers intending to hire new recruits over the next three months. The report extrapolates that the “clear deterioration in hiring intentions” is particularly marked within the private sector and could be evidence that predictions of a decline in the labour market over the next few years are accurate. CEB consultancy have also published pessimistic data which points to online vacancies plummeting by 700,000 since this time last year. For more on this see the BBC’s report – http://www.bbc.co.uk/news/business-36975320.

The various recruitment sectors will fare differently, according to the industries they serve. For example, Buzz Recruit, a property focused recruitment agency in Cheltenham, will be interestingly placed to observe how the market is likely to affect vacancies. It covers Gloucestershire, a county whose split Brexit vote has been reflected in the property market, with Leave regions seeing a property boom, with an increase in listings, and Remain regions experiencing a slump fuelled by lack of confidence.

It may be that in order to gain a clear picture of how recruitment has been affected, statistics need to be examined sector by sector. Fields heavily dependent on EU nationals for labour, such as the NHS and the food manufacturing industry, for example, may be particularly heavily hit.