Internet retail giant Amazon seems to be poised to make a major and high-profile entry into the logistics market. Past whispers that such a move could be in the works have been given new and compelling support by the company’s latest US regulatory filing. 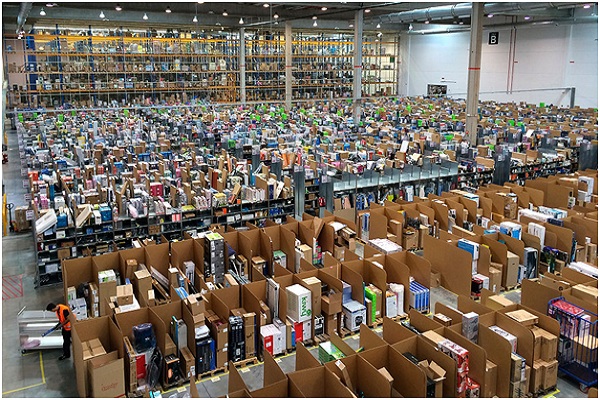 Amazon and the Logistics Market

There have been rumours for some time that Amazon could be planning to move into logistics, and this speculation has been given fresh fuel – some would say virtually confirmed – by the company’s latest filing to the US Securities and Exchange Commission. In its latest annual report – also known as a Form 10K – the company specifically gave itself the description of transport service provider and also included major logistics firms in a list of companies it believes itself to be in competition with.

Logistics is a complex world of machinery, route planning and an endless need for pallet wrappers. Few companies would attempt to treat it as an extension of their other activities. Currently, Amazon works with a number of third-party logistics firms to get its products into the hands of its customers. However, Amazon is also a business that heavily reinvests its profits into improving its services, and it operates on a sufficiently large scale to justify a dedicated logistics operation in many of the numerous territories in which it operates.

The Development of Amazon Logistics

While Amazon actively listing itself as a transportation firm in competition with other logistics companies is a significant development, past rumours that Amazon may head in this direction have hardly been without substance. On the contrary, Amazon’s foray into logistics has been a long time coming and had a clear development process. Perhaps the best-known aspect is the company’s exploration of express delivery by drone, but Amazon has also invested heavily in traditional transportation technologies, including vehicles and enough packing machinery to rival the entire stock of a supplier such as http://www.packaging-machines.co.uk/.

Despite listing such firms as competitors, Amazon has indicated that a move into logistics would not mean abandoning the partners who currently handle this side of things. Rather, an in-house dedicated logistics operation would, the company has said in statements, form a supplement and enhancement to its current set-up, and in particular would help handle the heavy workload of peak seasons such as the lead-up to Christmas and the subsequent sales.