Barclays has been hit with a record £72 million fine by the British financial watchdog, the Financial Conduct Authority (FCA). 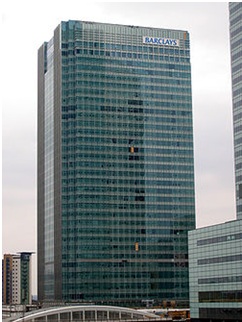 In what has been dubbed the ‘deal of the century’, Barclays cut corners in vetting procedures in a bid to win a massive £1.9 billion transaction. However, the bank failed to carry out detailed checks on these wealthy clients.

The regulator felt these clients could potentially be politically exposed people or hold prominent positions which could be open to financial abuse.

By failing to be diligent in checking out these clients, Barclays cut corners in its own compliance procedures, says a Reuters article.

Bank Ignored Its Own Guidelines

The FCA report claims that Barclays failed to follow its own procedures so that it could procure clients quickly and generate £52.3 million in revenue.

The FCA said the clients and the transaction were not put on the computer system. It was so eager to conduct the business that it bent over backwards to please clients.

The deal, known as an ‘elephant deal’, was so huge that it caught the interest of the FCA. Its investigation and findings are reassuring, as the global risks involved have such colossal consequences.

Failing to comply with strict procedures can leave a bank vulnerable to money laundering or to financing terrorist organisations. There is absolutely no suggestion that this happened in this instance, though.

So the FCA’s action should be seen as good news globally and act as a warning to other financial organisations that may be tempted to cut corners if the financial rewards were substantial enough.

There is always going to be a temptation to bend the rules in a bid to clinch a lucrative deal. Barclays is certainly not the only bank to have done so. According to Reuters, about 20 banks have been collectively fined £156 billion for dubious deals or financial scandals.

One sure-fire way to make sure a financial company cannot be caught ignoring its own guidelines is to automate procedures using software for financial advisers.

A company such as http://www.intelliflo.com/ can install software for financial advisers that will help them to manage their clients more professionally and profitably through their management system.

This will ensure the company does not fall foul of FCA regulations and face hefty fines.