The Community Manager, a beautiful mind

Surely many remember that movie “A Beautiful Mind” (A Beautiful Mind).Based on a biographical drama starring actor Russell Crowe, her story inspired by the novel by Sylvia Nasar, nominated for the Pulitzer Prize in 1998, he told us the life of John Forbes Nash, winner of the Nobel Prize in Economics in 1994. John Forbes Nash certainly a fun and unique recognized American mathematician whose Nobel was awarded for his contributions to game theory and negotiation processes.

Game theory is an area of applied mathematics that uses models to study interactions in formalized incentive structures (called “games”) and carry out decision processes. Its researchers study the optimal strategies and the expected and observed behavior of individuals in games. Apparently different types of interaction can actually present structure similar incentive and, therefore, can be represented thousand times the same game together. Developed in its beginnings as a tool for understanding the behavior of the economy, game theory is now used in many fields, such as biology, sociology, psychology and philosophy, even in military strategy or computer, where it has been applied in different research on artificial intelligence and cybernetics. 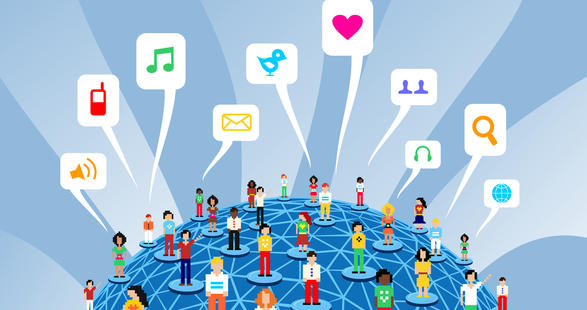 Although it has some points in common with the decision theory, game theory studies decisions made in environments where they interact. In other words, he studies the decisions that for an individual to be successful has to take into account the decisions taken by the other agents involved in the situation. Does it sound familiar? Can we apply this theory to social media?

Although it may seem somewhat complex, in the end it all comes down to how an individual decides or reacts depending on the decisions or actions of others, and how the latter behave given how would our reactions.Understood in this way, we could move the game scenario to social networks and emphasize the role of Community manager and followers of a company or brand themselves.

The Community manager, responds profile or to the figure of the head of a brand on social networks. Their different functions encompass all kinds of activities, especially those related to the interaction and communication with fans or followers themselves, either by sharing information or providing answers when circumstances require. All of these interactions could relate own game theory. From the simple act of sharing information, taking into account the interests of the followers themselves, or the need to know the profile or the behavior of the hearing to decide what information to share.

The complexity of this theory which also includes the so-called rewards for each combination of strategies can extend even to the behavior of the followers of a brand themselves as well need to demand information or to lodge a complaint after a negative experience, their actions are developed I am hoping to have an answer and waiting for this to occur effective and accurate way. In this way, users develop certain actions knowing or expecting at least a new reaction occurs as a response, in turn, is the Community own manager who to successfully solve this equation must be considered in decisions and responses, the possible reactions of the fans.Thus the theories of John Forbes Nash have influenced global trade negotiations and in many other aspects applied in many fields.

This can serve to assess and highlight the work of such professionals is not simply to stand idly listening on social networks. The true Community Manager represents an important figure within the digital strategy of a brand, although many qualities, multiple skills and a psychology and capacity for analysis of all types to develop or run judiciously each of their actions, are necessary situations and reactions taking into account many factors and multiple. And of course, be cognizant of what arouses most interest among followers of a brand and that is something that can help strengthen relationships, communication and generate greater trust and engagement.

The real Community manager, despite collecting such knowledge must also have the people skills and know first and always, how to act. This can also help us to understand why not everyone is prepared to  be a good Community Manager. Do not you think this the work of a real beautiful mind?