Conversations, a reality in the X-ray of the companies of the future

Not all companies have the ability to converse, the reason is simple: it is simply not in your DNA. This can cause a problem in these binary times in which we live, because they can never adapt to that “new” rule of marketing the conversation. The destiny of these companies is to die of boredom drowned in their own monologues, although that does not imply that they do not try to enter the digital world wanting to adapt their traditional logic to logic 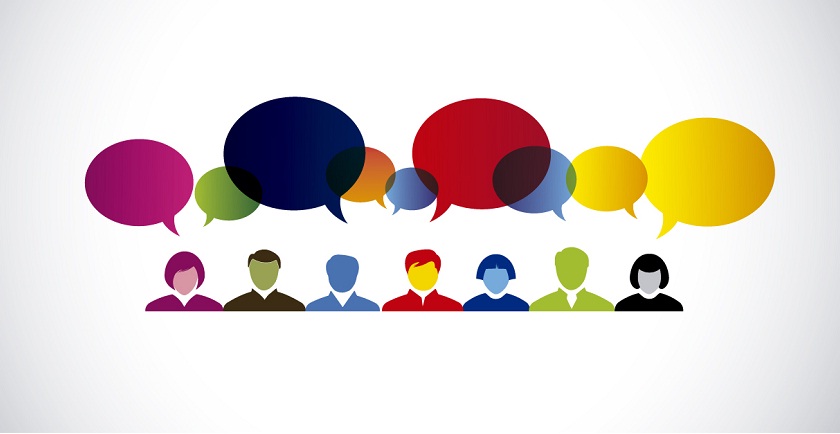 Thesis 59 of the Cluetrain Manifesto He says: “Although at the moment it is a bit subliminal, there are millions of people online who perceive companies as something a little more than curious legal fictions actively trying to prevent these conversations from intersecting.” Thesis 60 completes the idea: “This is a suicidal attitude. Markets want to talk to companies”.

Conversing does not mean that we are going to be close friends of the CEO of the company, and that he will invite us from his profile on Twitter to a barbecue (barbecue, barbecue) in his mansion. What it does mean is that disciplines of Corporate Communication, such as Public Relations, will have to adapt their practices to the new conversational scheme and, for example, they will have to substitute their corporate Press Notes for a permanent and total online dialogue with clients, allies and even with the competition.

Antonio Pasquali speaks in his book “The World Communication” about this era as a kind of linguistic revolution driven by the creation of the binary code, this “binary revolution” implies many changes of paradigm, one of them is empowerment by people of Market decisions. We speak of a true rebellion of “consumers”, who do not want to be treated as numbers, but as what they are: people, but who also want to deal with people within the company, not with “the Manager”, “the Director “,” The Analyst “, but with Pedro, Pablo, Jesús, María and José, who are responsible for those areas and have to assume that responsibility not only before their bosses within the company, but also before their public outside of it.

The traditionalist approach that dictates that these communication efforts should be concentrated in specialized departments for this, is still reflected in the emergence of positions such as the Community Manager, which ultimately continues to function as a wall between the company and its audience, and still follow antiquated guidelines and square and inflexible “procedures”. The trouble is that this inflexibility, that boring language of the traditional corporation does not convince. Quoting the Cluetrain again, we see the situation in the 61th thesis: “Unfortunately, the part of the company with which the markets want to communicate is hidden behind a smokescreen, a language that sounds false … and the more often than not it is. ”

That “smoke screen” is manufactured with the excuse of protecting themselves from “abuse” or from “threats” from outside. The corporate entelequia will defend itself with all its power: They will place technical blockades, they will prohibit their employees from navigating Social Networks, they will establish policies that will try to cut off that conversation that is already brewing between people inside and outside the company. They will activate mechanisms that will expose the fear they have for their environment, and instead of establishing strategies to strengthen relations with the outside world, they will prefer to look for artificial gadgets to maintain their status quo. They will use their political lobbies and their influence to promote legal mamotrets of very difficult application, and totally unrelated to reality.

Without a doubt, the “Corporation”, as we know it today, will be a historical concept. The wall built by the traditional “Communication” schemes is being hit, from outside and from within. It is proven that in places like Twitter, people feel more connected by brands that personalize their relationships with them, they feel more comfortable talking with people than with brands, because conversation is a human value par excellence.

The Venezuelan research company Tendencias Digitales, showed us in its most recent study that people want to approach brands in Social Networks, only that these brands must reach the conversation adapting to the schemes of the new digital logic, because their modes current are strangers to interconnected communities. People trust more when they know that behind a brand profile there are one or more people, and not a bot that sends chorizos of tweets every half hour, or that they followback automatically and sends them a programmed DM.

The figure of the Conversation Manager, natural evolution of the Community Manager, is the call to assume that responsibility to create relationships with the community to which the brand must belong. The missing link in the functions of that Conversation Manager is the ability to make important decisions quickly. The conversation between humans is a fertile ground for honesty, a value that has been forgotten by the promoters of the marketing manipulation techniques of the 50s. This honesty opens up closed paths, one of them is the forgiveness of corporate errors. A brand can not be forgiven a slip, but a person does, especially when an honest apology is issued and timely corrections are applied. In that sense, humility is another important value to rescue.

It’s a kind of branding upside down. It is no longer enough to give a personality to the brand that “places it in the mind of the consumer”, the brand must evolve from being “something” to being “someone”, that values ​​the “who” more than the “how many”. That someone, the Conversations Manager, must be a person who adapts easily to the communication policies of the company he represents, the best of times, because they are related to him.

The corporate world must change. We must overcome the stage of legal entelechies, manipulation techniques and the fetish for money, and focus on what is important: people.